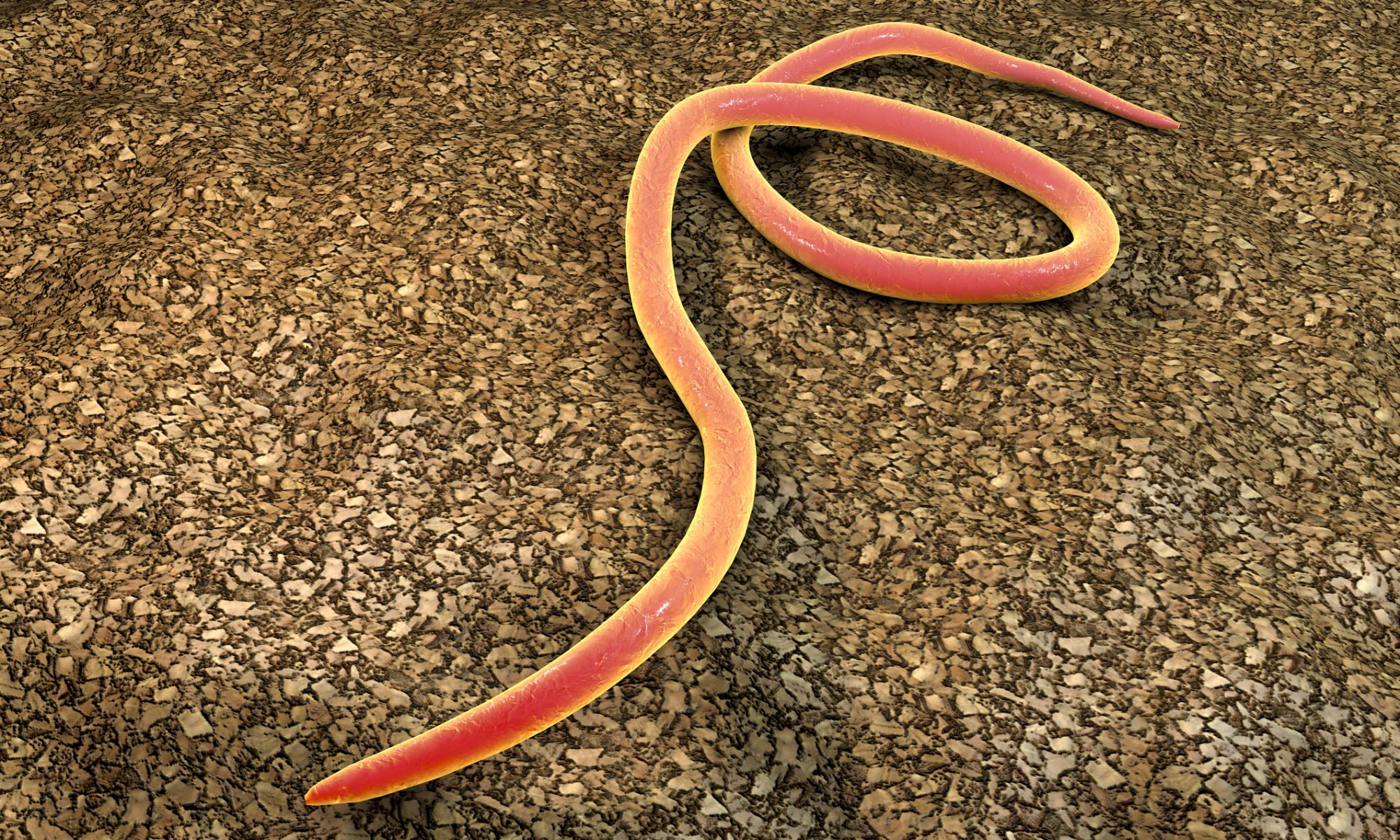 What is the most common parasite (worm) infection in the US?

The pinworm (“threadworm”). This worm is a small, thin, white roundworm (nematode) called Enterobius vermicularis that lives in the colon and rectum of humans. Pinworms are about the length of a staple. While an infected person sleeps, female pinworms leave the intestine through the anus and deposit their eggs (up to 15,000) on the surrounding skin. Humans are the only known host, and about 209 million persons worldwide are infected. More than 30 percent of children worldwide are infected. Pinworm infection is spread by the fecal-oral route, that is by the transfer of infective pinworm eggs from the anus to someone’s mouth, either directly by hand or indirectly through contaminated clothing, bedding, food, or other articles. Pinworm eggs become infective within a few hours after being deposited on the skin around the anus and can survive for 2 to 3 weeks on clothing, bedding, or other objects. People become infected, usually unknowingly, by swallowing (ingesting) infective pinworm eggs that are on fingers, under fingernails, or on clothing, bedding, and other contaminated objects and surfaces. Because of their small size, pinworm eggs sometimes can become airborne and ingested while breathing.