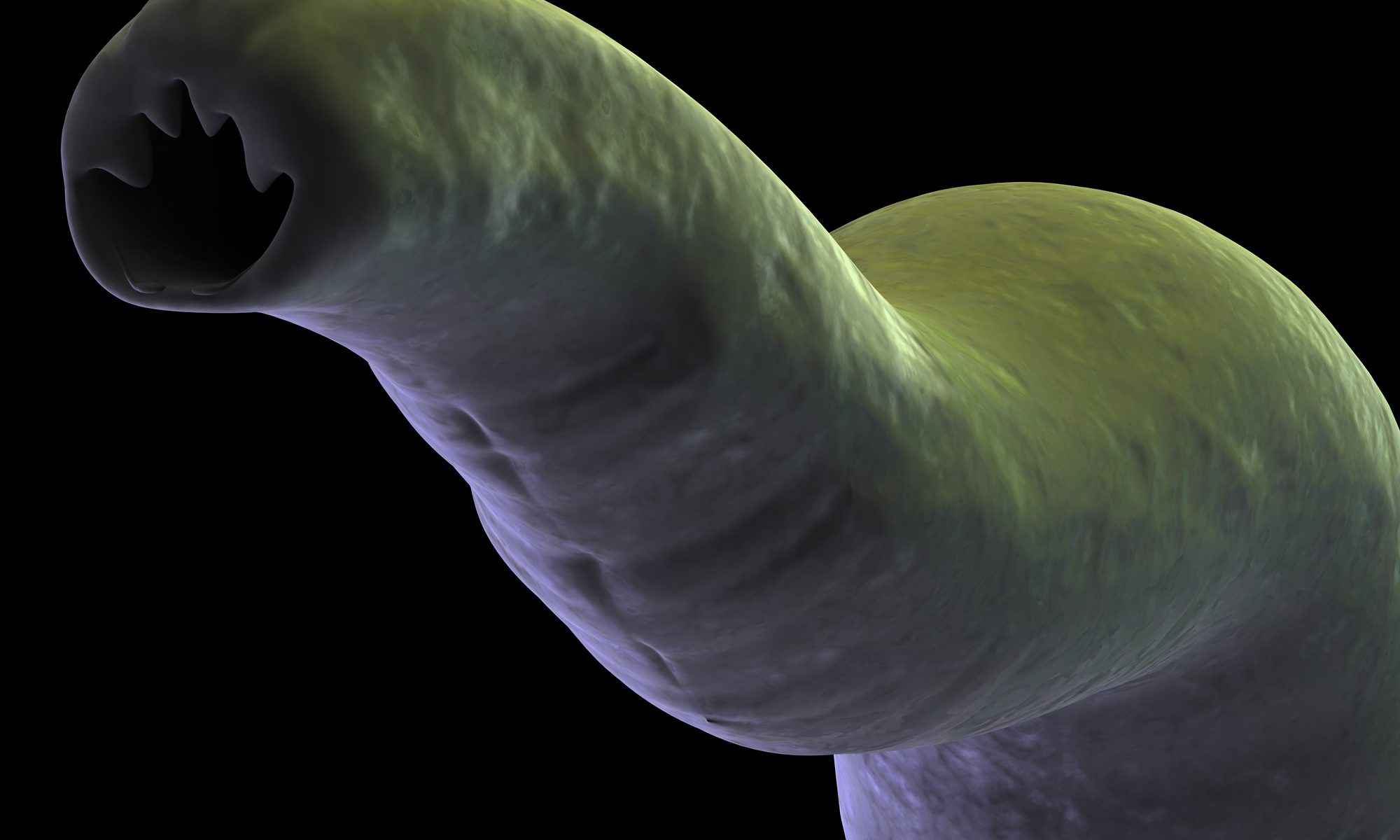 Hookworms are a ‘bad’ bug… parasitic worm that infects humans and animals.  The Center for Disease Control and Prevention (CDC ) website says that these nasty’s affect 500+ to 700+ million people worldwide.  If not treated promptly, serious complications can develop.

Hookworms are typically transmitted through infected soil. The soil gets infected from a person’s feces (that has hookworm) with hookworm eggs.  This happens when an infected person defecates outdoors.  The eggs then hatch and develop into a larval stage that can penetrate the skin of humans.  Walking barefoot or having your skin come into contact with soil containing this larval stage of hookworm, transmits the hookworm.  Warm humid climates – especially where sanitation and hygiene are not the best are most at risk for hookworm infestation.

How to know if you’ve been infected with hookworm?  In the early stages of infection, a localized rash can form.. and it typically itches.  Sometimes the shape of a worm can be seen on the surface of the skin.  If not treated, the larvae can travel to other internal organs (commonly the lungs).  Then when the infected person coughs up the worms and swallows – the parasite can enter the small intestine.  There they can cause gastrointestinal issues, ranging from mild (abdominal pain, diarrhea, loss of appetite) to serious (ascites- serious loss of protein with fluid build up in the abdomen).

How to get rid of them?  There are a couple of drugs that are commonly used to treat hookworm infestation.  They generally do the job. However, as noted in a recent story, written by Lindsey Bever for the Washington Post, about a boy who was infected from sand on a Florida beach…

“Dumas said the doctor gave Michael an antibiotic and an anti-parasitic, but the medication “wasn’t working fast enough,” so she made an emergency appointment with a dermatologist earlier this month.

Dumas said the dermatologist used cryotherapy, a treatment in which liquid nitrogen is commonly used to “freeze” lesions off the skin. But during treatment, the teen’s mother said that her son urged the doctor to stop, saying he felt as though he could “feel it running from the liquid nitrogen.”

There are herbal ingredients that have been used for centuries to combat a variety of ‘bad’ bugs.  The three most common are: cloves, wormwood and black walnut.  Whether or not that would do the trick on Michael’s severe case, is up for discussion.  Naturopathic doctors (N.D.’s)  often suggest hitting a bad case from all sides..  conventional meds to botanicals.  Seeking advice from health care professionals is always recommended.

Note: Conventional antibiotic treatment will also kill the ‘good’ bugs in your gut.  Supplementing with a  probiotic (dietary supplement of ‘good’ bacteria) is usually recommended… talk to your health care provider.  Probiotic formulas are available over-the-counter and from vitamin companies online.  Go for a Non-GMO formula.