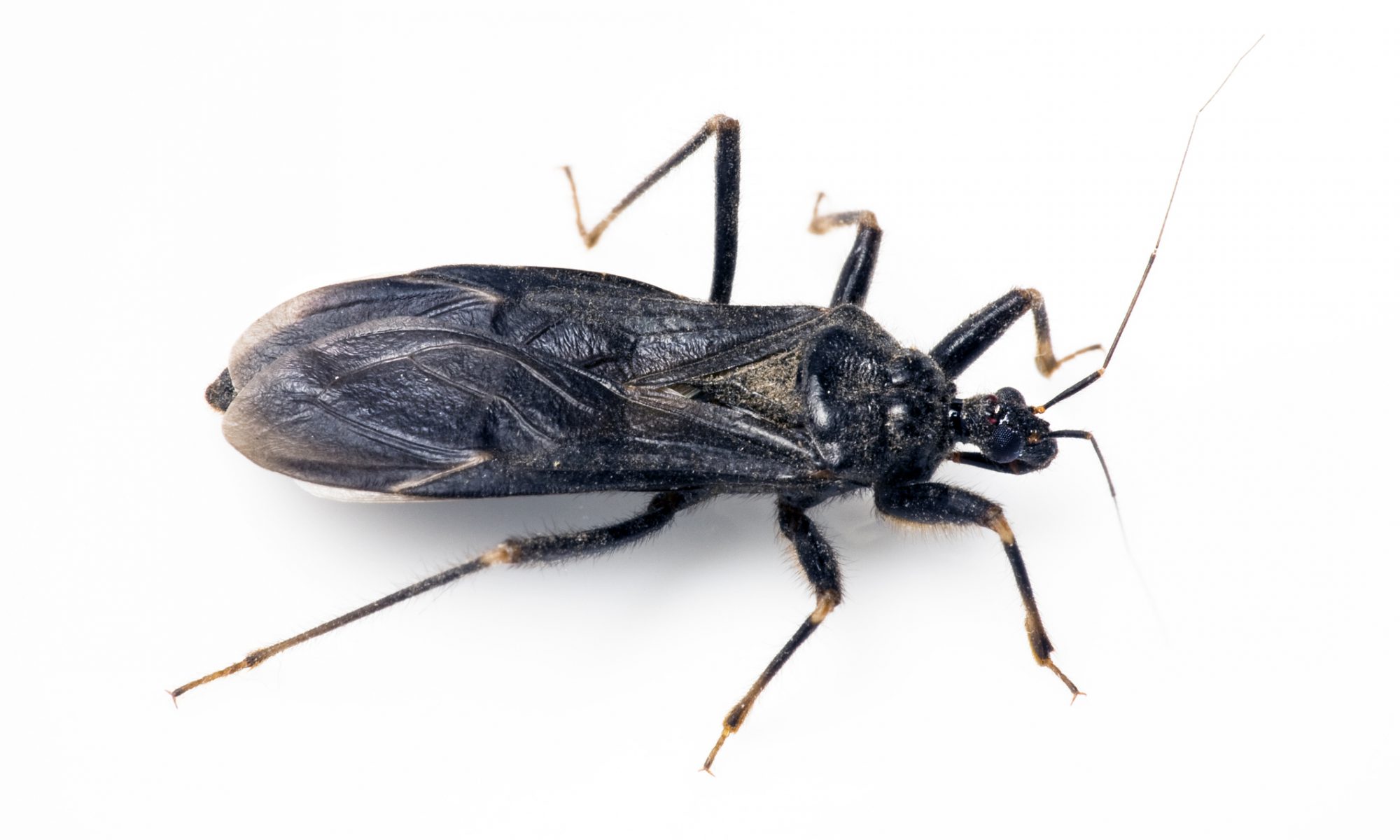 Since our FB post and “In the News” post to this site about ‘kissing’ bugs that bite people’s faces in the dark of night as they sleep.. spreading a horrid parasitic disease… the phone, email and FB questions have been going crazy!  One person wrote… “OMG, I saw one of these bugs on my porch and then one in my garage.  Never paid much attention before, but after seeing your post and a picture of this bug… it freaks me out.  I’m not a big pesticide person.. but this bug may be a game changer!”  Another comment: “You’ve got to be kidding.. those bugs are all over the place here!  Now, how am I going to sleep?”

Before you freak out, let’s get the facts on this creepy bug!  The University of Wisconsin’s School of Medicine and Public Health website has a great description of the bug: “Kissing bugs are wingless insects that are about 0.75 in. (1.9 cm) long. Kissing bugs are dark brown or black with red or orange spots along the edge of their bodies. They are also called assassin bugs or cone-nosed bugs. Like mosquitoes, kissing bugs feed on blood from animals or people. Kissing bugs have that name because their bites are often found around the mouth. They usually hide during the day and are active at night when they feed. They can go for weeks without feeding.”

That said, there are a couple issues with these nighttime darlings that are problematic: #1 Their bites itch like crazy and can become infected, #2 Some carry a parasite that causes Chagas disease, and #3 They are not that easy to get rid of.

#1 – When they bite, kissing bugs can cause patches of bites, often around the mouth (hence ‘kissing’ bug). The bites are usually painless, but they may swell and look like hives. Itching from the bites may last a week. It’s important not to scratch the bites, because according to the Mayo Clinic’s Patient Healthcare and Information website: “Scratching or rubbing the bite site helps the parasites enter your body. Once in your body, the parasites multiply and spread.

#2 – The possibility of contracted Chagas disease is probably the most feared aspect of a bite.  First of all, not all kissing bugs carry the parasite that causes this disease.  Chagas (CHAH-gus) disease is an inflammatory, infectious disease caused by the parasite Trypanosoma cruzi, which is found in the feces of the kissing bug. Infected bugs defecate after feeding, leaving behind T. cruzi parasites on the skin. The parasites can then enter your body through your eyes, mouth, a cut or scratch, or the wound from the bug’s bite. (We know… not pleasant). It is a disease primarily found in South America, Central America and Mexico, the primary home of the kissing bug. Cases of Chagas disease have been diagnosed in the southern United States, as well. It can infect anyone and left untreated, can cause serious heart and digestive problems.

The two phases of Chagas disease are well explained by the Mayo Clinic on their website for Patient Healthcare and Information, where they state, “Chagas disease can cause a sudden, brief illness (acute), or it may be a long-lasting (chronic) condition. Symptoms range from mild to severe, although many people don’t experience symptoms until the chronic stage.”

The acute phase of Chagas disease, which lasts for weeks or months, is often symptom-free. When signs and symptoms do occur, they are usually mild and may include:

Signs and symptoms that develop during the acute phase usually go away on their own. If left untreated, the infection persists and, in some cases, advances to the chronic phase.

As stated on the World Health Organization’s website: “Treatment is urgently indicated for anyone during the acute phase and for those in whom the infection has been reactivated (immunosuppression). In these situations, treatment is almost 100% effective, and the disease can be completely cured.”  ‘Treatment’ involves the use of prescription medications.  The longer a person is infected, the less effective ‘treatment’ becomes.  The World Health Organization further states. “Adults, especially those with the indeterminate form of the disease, should be offered treatment, but its potential benefits in preventing or delaying the development of Chagas disease should be weighed against the long duration and frequent adverse events. During the late chronic phase, when cardiac or digestive manifestations may occur, additional lifelong medical treatment and surgery are usually indicated.”

What to do if you feel as though you may have been bitten by one of these darlings:

#3 Kissing bugs can be hard to get rid of. These bugs can hide in cracks and crevices in your mattress, bed frame, and box spring. They can also spread into cracks and crevices in rooms, where they lay their eggs. Even if you’re not a big fan of pesticides, considering the alternative consequences, it is best to call a professional insect control company for treatment choices.

Prevention is almost always the first course of action.  Taking these steps would best to prevent these bugs from getting into your house:

It’s important to note these bugs are broadening their territories  (spreading) across the US and estimates of human cases of Chagas disease in the US range from 300,000 to over 1 million, with particular concern for those living in the US/Mexico border regions. In addition to documented cases in immigrants who were infected in central and South America, there are increasing reports of human cases of Chagas disease acquired in the United States.

The ‘kissing’ bug…  or maybe it should be renamed the ‘Kiss of Death’ bug. Carrying a parasite that can cause dangerous heart issues… this bug bites people’s faces as they sleep (yikes!!). Once only found in tropical areas outside of the US, it is spreading and is now found in people across the entire southern half of the US continent. With this bugs growing popularity comes more of the difficult to diagnose parasitic disease, Chagas. This is one bug you want to become familiar with and aware of! (As more and more diseases are being linked to parasites, beginning to understand why Dr. Clark named her book about parasites ‘The Cure for All Diseases’).  Find out what states have seen cases of this disease and learn what the symptoms are – Click here. 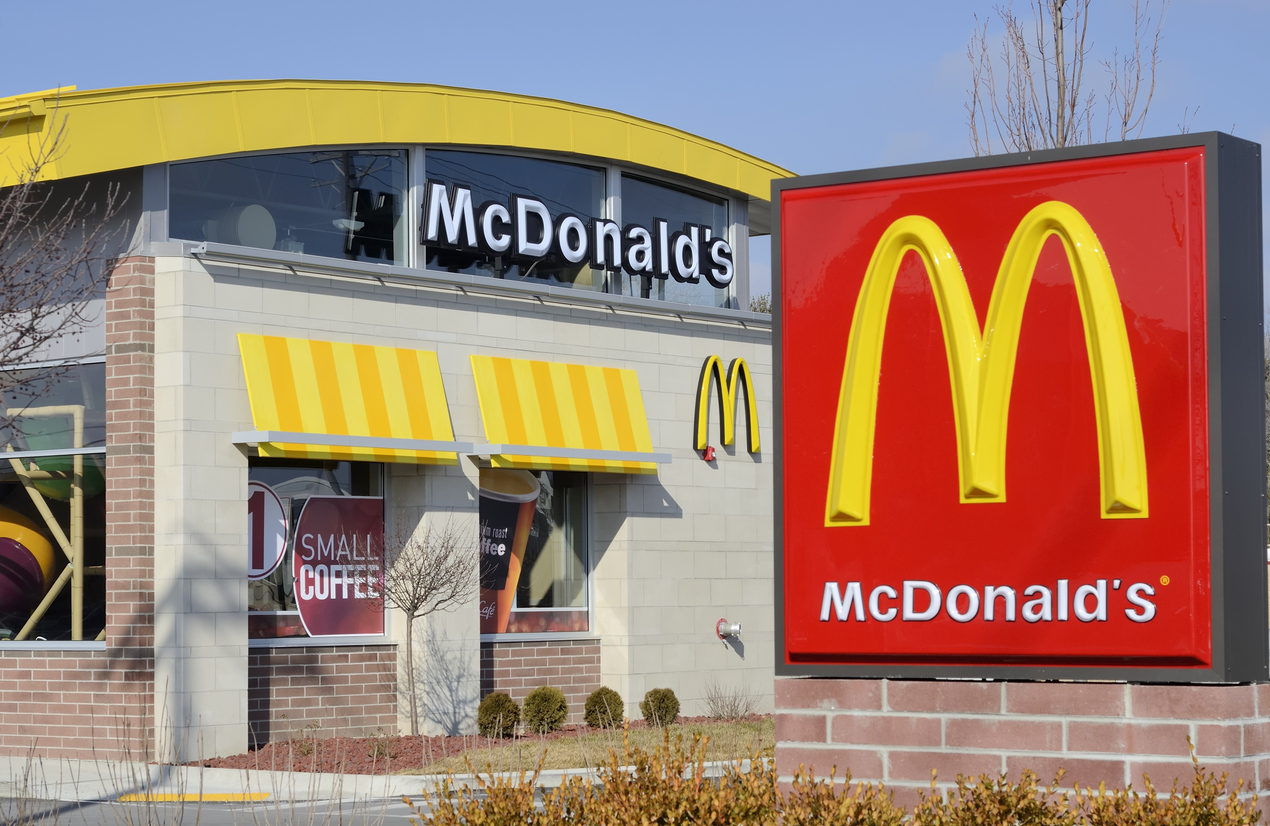 Over 500 people sickened, 24 hospitalized in 16 different states.  As per the CDC: “Epidemiologic evidence indicates that salads purchased from McDonald’s restaurants are one likely source of these infections.”  The salads in question were contaminated by the cyclospora parasite , which causes intestinal illness in people who consume the contaminated food or water. Symptoms can begin a week or more after consuming the parasite. The illness can last from a few days to a few months, and patients might feel better but then get worse again. McDonalds pulled the salads back at the end of July and switched suppliers. For now, perhaps salads aren’t the healthiest choice at McDonalds.  Be in the know- stay safe and healthy. Full story – click here. 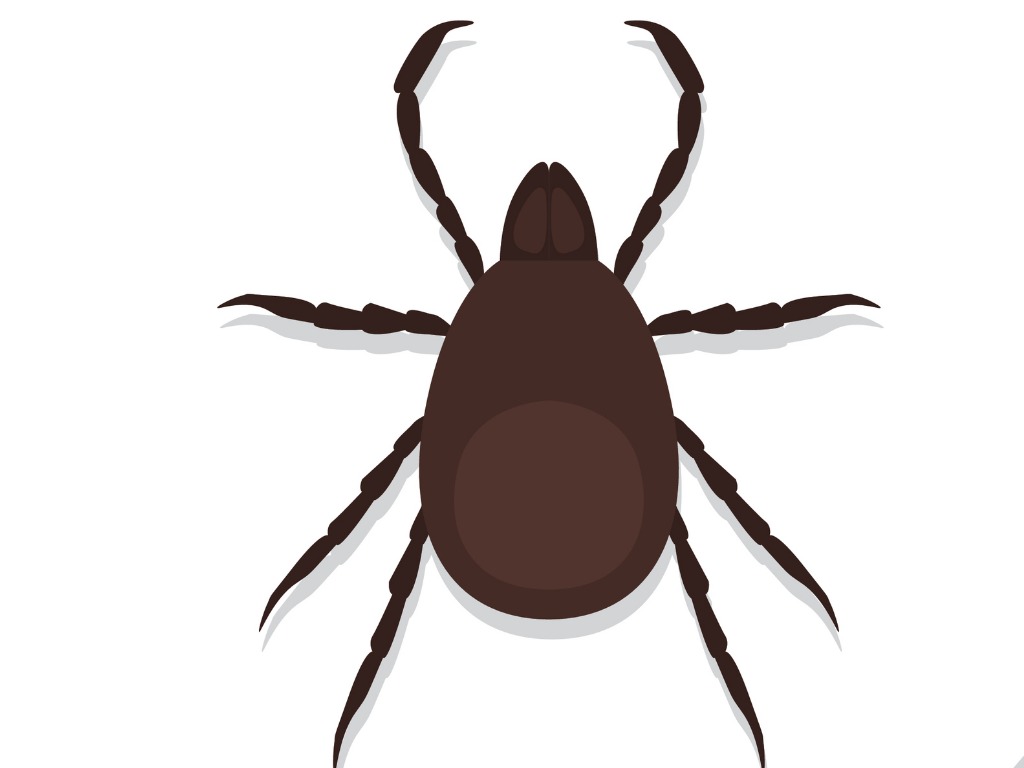 This tick species, not native to the US, has begun to show up and spread. It can carry a deadly disease. But… experts say, it’s not what should be your concern when talking ticks. The diseases and other issues presented by the very common and abundant ‘deer’ tick are where your efforts should be focused. Click here to find out why and what you should be doing to protect yourself.

When the CDC puts out a warning – it’s usually best to pay attention… Let’s just say this agency doesn’t ‘shoot from the hip’. The fact that the CDC is putting out warning about washing your vegetables (the reason is going to gross you out!) – means they have some pretty solid evidence and numerous cases to warrant a nation-wide message! Yikes… slugs with your salad???  Get the full story – click here. 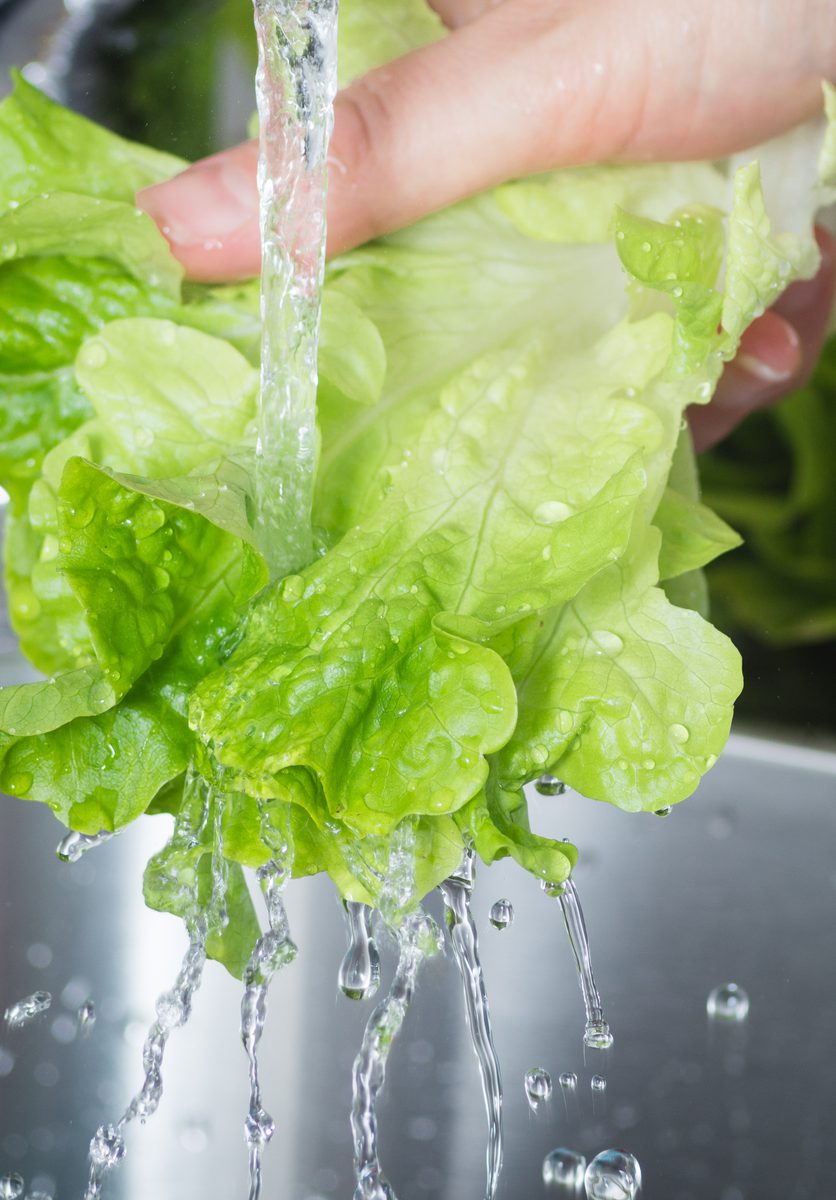 Cyclospora cayetanensis is a microscopic (cannot see it without a microscope) parasite, that when ingested causes an intestinal illness – aptly named – Cyclosporiasis.  People can develop this illness by consuming food or water that is contaminated with the parasite.  It is most common in tropical and subtropical regions.

In the US this parasite is spread primarily through foodborne outbreaks linked to various imported fresh produce, such as lettuce, basil, raspberries and cilantro. Infection also occurs when those from the US travel to Cyclospora-endemic areas.  Beware… the treatment of water or food by routine chemical disinfection or sanitizing methods is unlikely to kill this nasty bug!

Cyclospora is a particularly tricky parasite.  It produces some common intestinal parasitic symptoms that include: diarrhea and explosive bowel movements, stomach cramps or pain, gas, nausea and fatigue.  Vomiting, headache, fever and body aches (flu-like symptoms) can also occur.  The not so common symptom is that the ‘illness’ phase may last a few days to a few months… then the person may start to feel much better, only to have their symptoms return!  To further complicate this bugger – It’s incubation period can be anywhere from 2 to 14 days!  Add to this, that diagnosis (done by examining stool samples) can be difficult at best.  The Centers for Disease Control and Prevention (CDC) warns that even patients with severe symptoms might not shed enough ‘evidence’ in their stool to detect this parasite.  Therefore, it often requires several stool specimens collected on different days.  Let’s make this even tougher…. Identification of this particular parasite requires special lab tests that are not routinely done when stool is tested for parasites.  Healthcare professionals must specifically request testing for Cyclospora!

Your best prevention is to follow safe fruit and vegetable handling recommendations and pay attention to all food recalls.  The following are prevention tips recommended by the CDC. 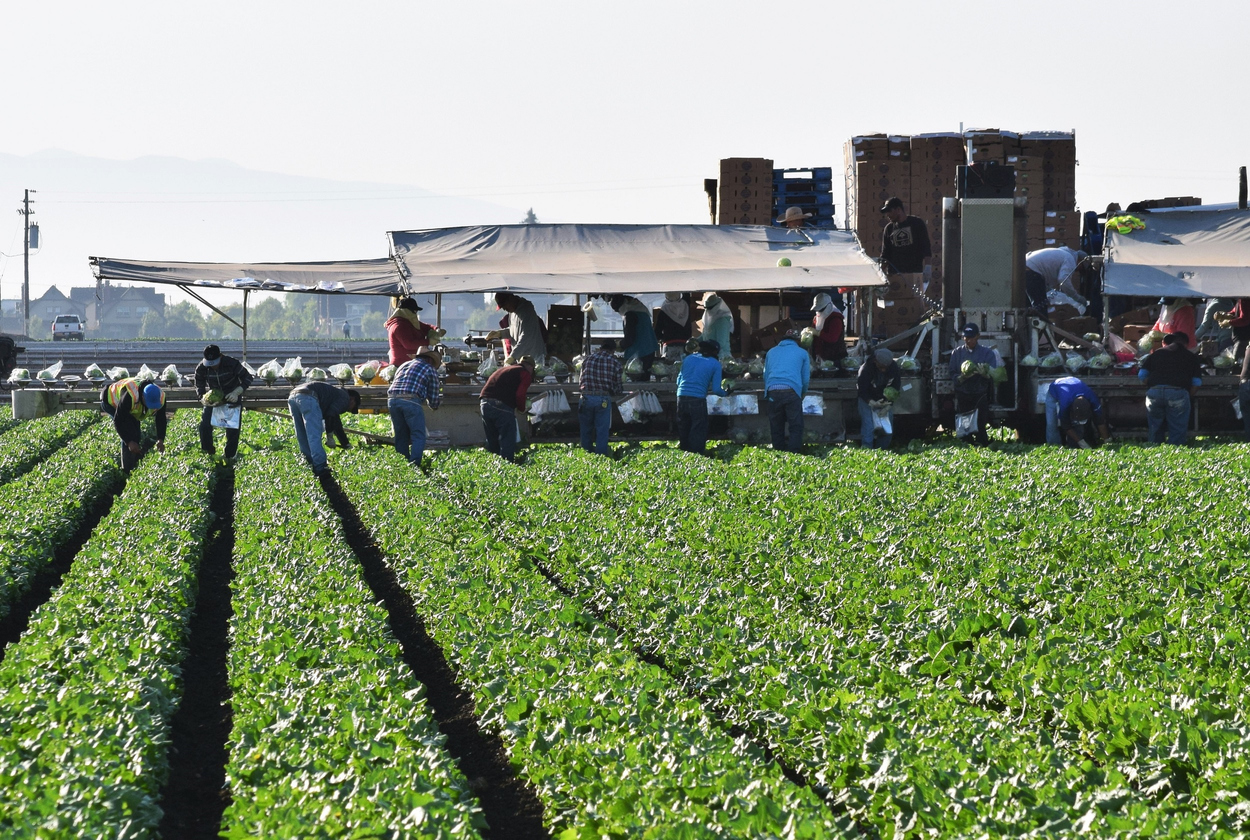 Not again! Looks like Romaine lettuce might be the root of the latest recall that involes Kroger, Trader Joe’s and Walgreens. This recall is all about the cyclospora parasite – a nasty bug that causes intestinal illness after consuming contaminated food or water. Click here for details and then check your fridge!