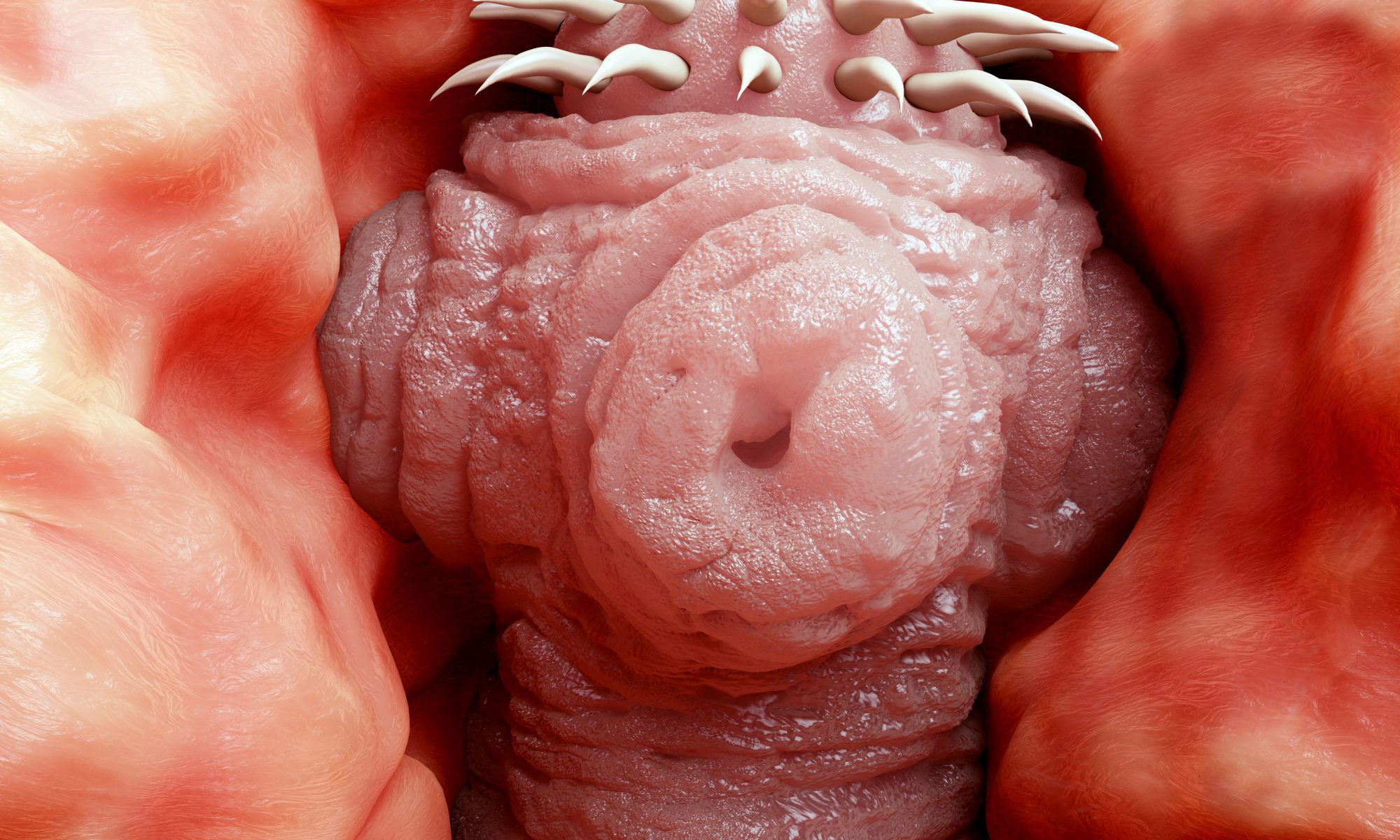 Having a parasite grow inside of you is an unpleasant enough thought… the only thing that ups that, is if it’s a tapeworm.

Scary: Tapeworms get the award for the freakiest… hence the recent media flurry over NHL prospect Carson Meyer. For months, the 21-year-old was losing weight and feeling exhausted. Even after many blood tests, doctors couldn’t figure out what was wrong with him. Eventually, a tapeworm (in excess of 2 feet long) came out of his body. “I was freaking out. Absolutely freaking out,” he said. Doctors said the tapeworm had probably been inside of him for over a year. Luckily, he’s now better– But how did that worm get inside of him to begin with?

The basics: Tapeworms are flatworm parasite that resides in the intestines of people and animals. There’s more than one kind (different species), but according to the U.S. Centers for Disease Control and Prevention (CDC), the most common in the United States is Taenia solium, or commonly called the pork tapeworm. This type is most often picked up by eating undercooked meat. The type of tapeworm Meyer had (Diphyllobothrium latum) comes from eating undercooked fish.

The details: Once granted access to its host, the “head” of the worm attaches to the wall of the host’s intestine. Here it begins to feed (absorbing nutrients).  With plenty of food, it grows lots of little segments, which contain its eggs (are often passed out in the host’s stool). Some tapeworm eggs can survive for days or months in feces from infected hosts (animals included).  When cows or pigs eat infected excrement (it gets into their feed), the eggs hatch and the larvae form into cysts that get into the animals’ muscles.  That’s how the tapeworm cysts end up in the meat aisle in the grocery store. When the meat is cooked properly, the larvae die, and the meat is safe to eat. But if the meat is raw or undercooked,  the live larva can enter your GI tract, where it grows into an adult (and we are talking – depending on the species – up to 82 feet long!!! – Yes, the super freaky part!)

Even worse:  A couple of years ago,  Luis Ortiz, a 26-year-old man in California, had a “still wiggling” tapeworm pulled from his brain! He needed emergency brain surgery, and he ended up spending almost three months in the hospital. How did the tapeworm get from his intestines to his brain???  When someone ingests tapeworm eggs, the larvae can invade the intestinal wall and travel to their organs; surviving in their brain, liver, and lung tissue. If they reach the brain,  they can cause seizures and other neurological problems and develop into a potentially fatal condition called neurocysticercosis. Usually pork tapeworm eggs are ingested directly from infected fecal matter.  It’s also  possible to auto-infect yourself:  Best-ever reason to wash your hands after you use the bathroom!

Scarier: The perhaps even scarier (yes, it can get scarier) thought is that if you by chance chow down on a rare piece of meat or raw seafood and don’t get food poisoning symptoms within a day or so, chances are you’re think everything is A.OK.  By the time tapeworm symptoms develop – you’ll have long forgotten about the undercooked or raw treat you had!